How to Assist an Epileptic Victim – Epilepsy 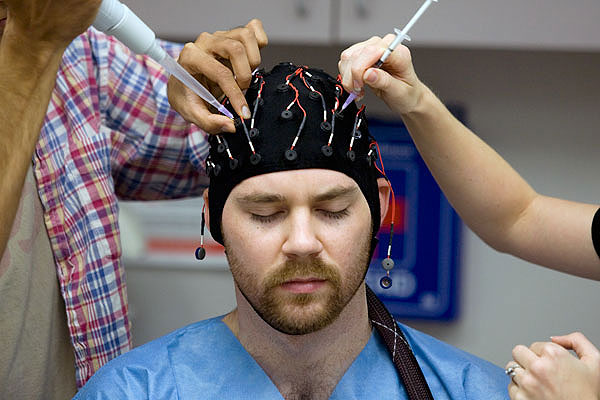 A disorder of the brain, epilepsy causes its victim to have recurring seizures. Seizures occur when clusters of the neurons, or nerve cells, which communicate through electrical impulses, have disrupted communication. These neurons send out abnormal signals from the brain resulting to people feeling strange sensations or irrational behavior. This may lead to violent muscle spasms or unconsciousness. Once in a lifetime, one out of 100 people in the United Sates have unprovoked seizure. Not all seizures are considered as due to epilepsy, they are not called epilepsy if they occur only once or are correctable. There has to be at least two unprovoked seizures to make a diagnosis. Although the disease may onset at any age, children are capable of outgrowing the disease with age.

There are three types of epilepsy, all of which occur for different reasons. Their common denominator, however, is a result of brain injury. Symptomatic epilepsy occurs when the damage or disruption in the brain causes epileptic symptoms. Cryptogenic epilepsy is when there is no evident damage to the brain. Nonetheless, the learning difficulties associated with this kind of epilepsy suggest that there is a relationship to brain damage. Furthermore, when no obvious cause for epilepsy is detected, it is called idiopathic epilepsy.

Each year, there is an estimated 180, 000 new cases, 30% in children. Some of the main causes of epilepsy include low oxygen during birth, brain tumors, head injuries during birth or accidents, infections such as encephalitis, stroke, and even genetic conditions resulting to brain injury. As previously mentioned, all involve some extent of brain damage.

Some symptoms of seizures include momentary confusion, staring spell, uncontrollable twitching and jerking of face and limbs, foaming in the mouth, and unconsciousness.

It is necessary to perform first aid on anyone who is having a seizure to prevent further injuries to the casualty. The casualty should not be moved to a different location, nor should the casualty be restrained as these unnecessary movements may lead to injuries in the bones and soft tissues of the body. Protect the person from the surroundings by removing anything sharp or pointy objects. Eyeglasses, furniture and the like should be moved away from the person. In removing electrical appliances, take extra precaution to avoid scalding or burning. Pad the area with clothing or pillow if the victim is near any hard surface. If possible, place a soft and flat material under the casualty’s head such as a jacket. Loosen any clothing around the neck. Nothing should be inserted in the casualty’s mouth to prevent damage to mouth tissues.

Manage the seizure and never leave the casualty by themselves. Reassure bystanders of their concerns and kindly ask them to make space for the convulsing casualty. If the seizure goes beyond five minutes or if it is the casualty’s first time or if another seizure begins, call for emergency medical services. If the casualty is known to have epilepsy, ambulance is not necessary. After the seizure, assist the person to their side to keep the airway open.

First aid training is highly suggested to those who live or work with epileptic victims. Therefore, if emergency occurs, the knowledge and application brought about by first aid training can help maintain safety and provide proper treatment.

Let us know if you liked the post. That’s the only way we can improve.
Brain and Head Issues epilepsy 2013-07-04
Admin