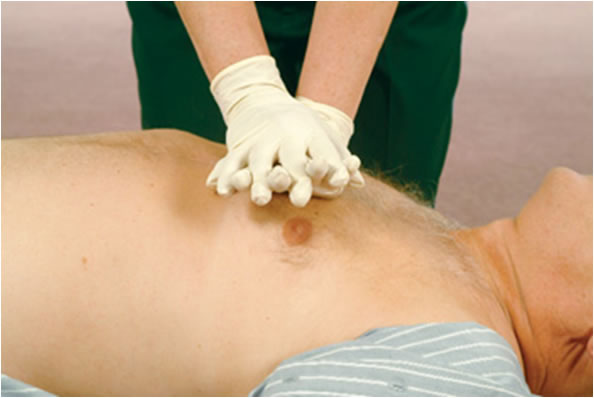 Sudden cardiac arrest is one of the leading causes of death in the US. It attacks anyone, anywhere and at any time. Luckily, there are several measures that can be done to help victims of cardiac arrest. While several of these would require some First Aid training or the use of machinery like defibrillators, there’s one procedure that can be done by almost anyone with just a little training – cardiopulmonary resuscitation or CPR. The past few years saw some changes made to CPR, with experts putting more emphasis on chest compressions to make it more effective and to push the survival chances of cardiac arrest victims higher. However, the changes have also raised questions about chest-compression CPR. This article will hopefully answer some of those questions.

How can you tell if it’s a cardiac arrest?

The alarming thing about cardiac arrest is that a person is OK one minute and the next, he or she is already down. The first thing you need to do in this situation is to check the victim’s awareness either by shaking the victim, shouting at him or her to respond or by rubbing the person’s sternum. If the person is unresponsive, assume the worse, call 911 immediately and start doing chest compressions.

What should I do when the victim is gasping?

Should I check for a pulse?

Unless you have extensive medical training, doctors don’t recommend that a rescuer check the victim’s pulse as it’s very hard to detect and there’s a big probability that what you’ll be feeling is your own pulse. It’s best for a rescuer to just focus on giving chest compressions.

Should I remove a person’s clothes when doing Chest-Compression CPR?

How does chest compression CPR help a cardiac arrest victim?

The victim’s heart stops during cardiac arrest, which means that blood is no longer circulating through the body. Since the victim is assumed to be breathing normally earlier, his or her blood still carries enough oxygen to protect their internal organs for a few minutes. Chest compressions would ensure that blood and oxygen are being sent to the brain continuously. In essence, your hands will act as the cardiac victim’s heart and the chest compressions are the heartbeat.

Can I be sued for doing Chest-Compression CPR?

Admittedly, there have been several instances when people who were only trying to help were sued for performing CPR on someone. This led to an alarming decline of people willing to do CPR. So the Good Samaritan law, which protects people who help during emergencies from potential lawsuits, was passed. CPR is one of the medical procedures covered under this law so people shouldn’t be afraid to administer chest compression CPR, whether or not they have First Aid certification.

Chest compression CPR isn’t a guarantee that a cardiac arrest victim will survive, but it’s certainly better to take a chance and administer CPR than just letting someone die without a fight.