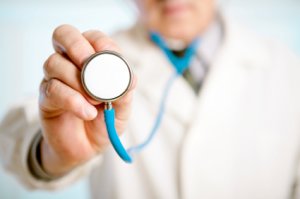 Ethical conflicts arise in disaster management which can present a disparity between the resources of the health care agency and the needs of the victims. This in turn generates ethical dilemmas for the medical staff and members of the emergency department and allied medical personnel in the care of their patients.

One of the following reasons why ethical conflicts exist especially in disaster situations in that victims and their love ones may come from various cultural and religious sub-groups that have different views regarding health in general as well as other pertinent things related to the care of their loved ones. The following standard procedures under normal and stressful situations have ethical considerations for some patients with varying cultural and religious backgrounds:

Members of the emergency medical team, particularly nurses may find it difficult to provide medical care to the dying or to withhold information to avoid spreading fear and panic is one of the major ethical conflicts they encounter in major disaster events. Clinical scenarios that are unimaginable in normal circumstances confront members of the emergency department in extreme and stressful situations. Moreover, the dilemma in whether or not to disclose information regarding a poor prognosis despite advance life-saving measures can be a difficult decision because it might lead to hostilities between the members of the health care team and the patient’s significant other might erupt due to a sudden insuperable emotional outburst of denial and frustration.

Ethical Conflicts:  Instinct of self preservation of the care provider

Another ethical dilemma may arise out of the health care providers

is the instinct of self preservation and the protection of the facility in general. There may be instances wherein, the health care provider may be reluctant to provide care due to the risks of injuring himself/herself as a result of the service provided. This becomes an ethical issue on whether or not the instinct of self-preservation should prevail over duty. For example, a pregnant staff or member of the emergency department who is executing her function upon the activation of the emergency operations plan will be faced with a dilemma in carrying out her duty upon knowing that a victim assigned under her care has been exposed to radiation. This is a clear depiction of a difficult choice of deciding to act against her duty or protect herself and her unborn from the harmful effects of radiation.

Members of the emergency department upon activation of the emergency operations following a major disaster must plan for the possible ethical dilemmas they will encounter during such disasters. They must establish a feasible framework for evaluating ethical questions even before they arise and by being able to identify and explore possible responses too difficult clinical situations. They can consider fundamental ethical principles of utilitarianism, beneficence and justice to influence their decisions when faced with ethical conflicts in their care in disaster response.